When murder is committed, not all its victims are killed.

Surviving victims of a murder are those family members who are forever impacted by the intrusion of violence into their lives.  The psychological stress of such a sudden and violent loss is long lasting.  The horror is made worse by the loss of dignity in death for their loved one and by the invasion of family privacy by the news-hungry media. Too often, a family’s private tragedy is turned into a public soap opera.

Murder’s living victims also include family members of the person accused of the crime.  Relatives of the accused, whether guilty or innocent, are condemned by the public due to their common name.  Complete strangers treat them as if they were involved in the crime by mere association. These victims also suffer at the hands of news people and the witch-hunting public. They are subjected to cruel actions perpetrated by the sick of our society:  mailboxes are filled with hate mail; crank callers snarl over the telephone at all hours of the day and night; dead animals are left on their doorsteps; blood is smeared on their front doors.  And over-zealous media people surround their homes and camp out on their lawns for days at a time, barraging family members with rude questions and sticking microphones in their faces the minute they leave the refuge of their homes.  Here too, the psychological impacts cut deep, and the scars can remain for a lifetime.

Once a family’s private lives are exposed, usually through personal tragedy, to the public eye, they are no longer seen as individuals “just like you and me.” They become unwilling celebrities and are treated like public property. As the infamy grows, the public no longer identifies with these people as one of their own. They never grasp the fact that such a tragedy could happen to their own family at any time! Their mutual vulnerability is completely lost as the newly premiered tragedy and its characters are removed from real life and plunged into the category of entertainment.  People no longer need to examine their own behavior when they can be more easily entertained by watching someone else squirm under the public microscope, judged by complete strangers who are fed incomplete and erroneous “facts” through television news and daily newspapers. 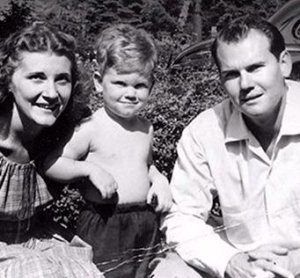 In July 1954 the Sheppard family was completely naive concerning the criminal justice system. They believed what all of us are taught:  that a man is considered innocent until proven guilty beyond all reasonable doubt.  They believed that criminal investigations were carried out in an objective manner, where suspects were named only after all evidence had been considered and where truth was the primary objective. They believed that the authorities would help them find who had murdered Marilyn.

When Cleveland Police Detectives Schottke and Gareau — on the afternoon of July 4th 1954 before a thorough investigation even had been initiated — accused Sam Sheppard of murdering his wife, the family didn’t know what to do.  Sam’s brothers and father called their long-time family lawyer, Arthur Petersilge.  Petersilge explained that his expertise was in corporate law and advised them to call his colleague, William J. Corrigan. The Sheppards, immersed in the practice of medicine their entire lives, had never heard of Corrigan. But they needed help, so they met with him that evening in the Bay View Hospital dining room.

In retrospect, the family did the only thing possible given their circumstances and their complete lack of experience with the criminal justice system.  Sam had been accused of murder by Cleveland Police detectives, so his family consulted a capable lawyer in response to that accusation. None of them were sophisticated in matters of crime investigation, so they were unable to ignore that early accusation and merely to assume it was a commonly used police tactic.

Unfortunately (ironic but true) the lawyer the family hired was one of the foremost criminal lawyers in the Cleveland area.  Many people, including some with the coroner’s investigative team, insist to this day: “We knew Sam Sheppard was guilty as soon as the family hired William J. Corrigan on the day of the murder.”

One thought on “Murder’s Living Victims”